Two tips for Twitter images to help your branding 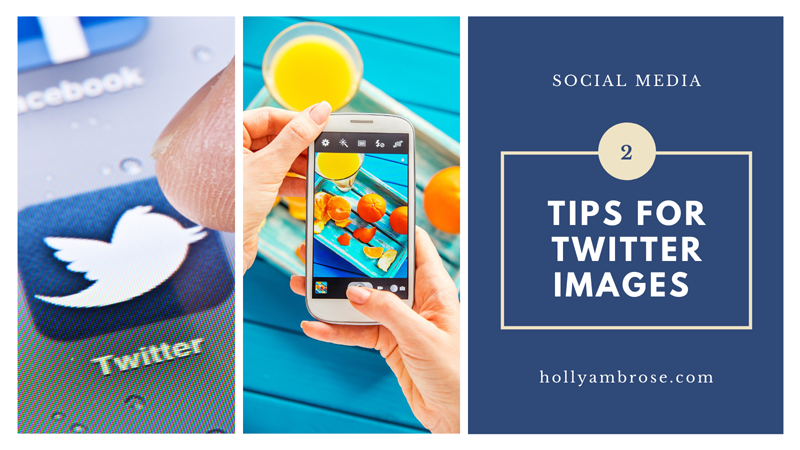 Twitter has a link economy, I remember a marketing pro saying at a conference. And it’s true. Twitter is the place to go to share links and news. Still, tweets that include an image or video get noticed more. Tweet a photo, and you can potentially see 313% more engagement. Include a video, and you’re six times more likely to be retweeted! You need to be smart about including images, though, so here are two simple tips for Twitter images.

So, we know the power of an image alongside words on Twitter.

And yet, many people aren’t using images correctly on Twitter. This can make or break your social branding.

For example, I present Exhibit A: the “I’m just going to autopost this from my other social media network” tweet.

For most social media channels, it’s a good rule of thumb to create your content within that channel. Native content always shows up better, and the algorithm is suspected to be in your favor when you create content in the channel instead of link to a different channel. Why would Twitter want to send traffic away from Twitter? Well, it doesn’t.

Sure, someone could click through to see the image you posted, but most people won’t. There’s no incentive to click. They will just keep scrolling.

So, post those images right in Twitter rather than from another place. Those few extra seconds it takes will pay off.

For the next Twitter image crime, I present Exhibit B: the “I didn’t realize there are preferred image sizes” tweet.

Don’t let your beautiful images get cut off! Twitter’s images are horizontal, so just make up your mind here and now to stop posting any vertical images and save those for Stories or Fleets. Otherwise, your product photo might end up looking like this:

Sharing a picture of your furry friend?

Make sure we can see her cute little face.

I admit that I’ve made this mistake in the past. But I’ve learned my lesson.

A Twitter post’s ideal image dimensions are 1200 pixels wide by 678 or 675 pixels tall. The aspect ratio is 16:9, if that helps. If you’re sharing more than one image at a time, the image appears even smaller. You have more wiggle room when it comes to the sizes of videos and GIFs.

Just as with links, people can click to view the whole image. But chances are good they will keep scrolling. So it makes sense to show the best part of the image in the window you’re given.

Twitter is good for businesses to cultivate their audience and to add to the conversation about relevant topics. If your target market uses Twitter, then you should be there, too. Taking a little extra care in how you post goes a long way.